“I usually take a two hour nap, from one o’clock to four.”

~Yogi Berra, New York Yankees catcher, on how he spends his time before a night game.

“How hard is hitting? You ever walked into a pitch-black room full of furniture that you’ve never been in before and try to walk through it without bumping into anything? Well, it’s harder than that.”
~Ted Kluszewski, former infielder, 1978

“Keep your eye clear and hit’em where they ain’t”
~Wee Willie Keeler, Baltimore Orioles outfielder when asked his rules for hitting, 1898

“You spend a good piece of your life gripping a baseball and in the end it turns out it was the other way around all the time.”
~Jim Bouton, Ball Four, 1970

“I wanted to go into my home run trot, but then I realized I didn’t have one”
~Jim Essian, Chicago White Sox catcher on his first major league home run, 1977

“You know you’re going bad when your wife takes you aside and tries to change your batting stance. And you take her advice”
~Thomas Boswell How Life Imitates the World Series, 1982

“Umpiring is best described as the profession of standing between two seven year olds with one ice cream cone”
~Ron Luciano, The Umpire Strikes Back, 1982

“The only sports legend I ever saw who completely lived up to advanced billing was Babe Ruth”
~Jimmy Breslin, Can’t Anyone Here Play this Game?”

“I was such a dangerous hitter, I even got intentional walks in batting practice.”

“You may not believe this, but I was trying to knock him down with the pitch. that shows you the kind of control I had that night”
~Paul Foytack, Los Angeles Angels pitcher, on a pitch to Cleveland’s Larry Brown, who hit the fourth of four consecutive home runs off Foytack, 1963

“Trying to think with me is a mismatch. Hell, most of the time I don’t know where the pitch is going.”
~Sam McDowell, 1972

“Look for the seams and then hit between them.”
~Harmon Killebrew, Minnesota Twins infielder on how to hit the knuckleball

“Baseball is really two sports-the Summer Game and the Autumn Game. One is the leisurely pastime of our national mythology. The other is not so gentle.”
~Thomas Boswell, How Life Imitates the World Series, 1982

“We went the whole game without going to the bathroom.”

~Jack Lietz, on his crew, who umped the longest game ever played, over eight hours, between Rochester and Pawtucket, 1981.

“Since baseball time is measured only in outs, all you have to do is succeed utterly; keep hitting, keep the rally alive, and you have defeated time. You remain forever young.”
~Roger Angell, The Summer Game, 1972

“Progress always involves risks. You can’t steal second base and keep your foot on first”

~Frederick B. Wilcox, Unicorns and Tadpoles, 1980

“Don’t fight with umpires, you can’t expect them to be as perfect as you are.”
~Joe McCarthy, New York Yankees Manager

“It ain’t nothin until I call it”
~Bill Klem, Umpire

“(Baseball) Statistics are about as interesting as first base coaches”.
~Jim Bouton, former pitcher, 1978 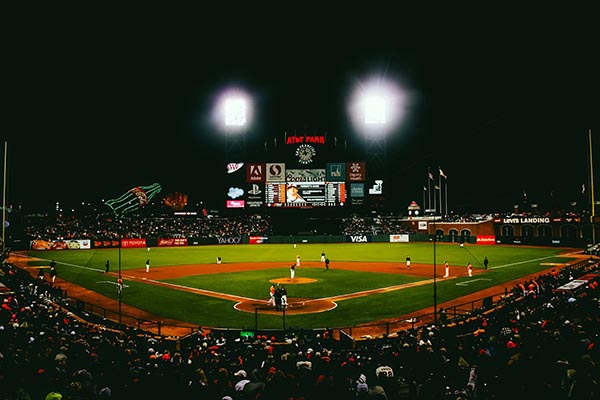